* Start with a rough mix - Different engineers have different approaches to building a mix. Some will solo one track at a time and work on it to make it sound the best it can. They'll then move on to the next. Others prefer to monitor all tracks all the time. They say this helps them make sure their tweaks help the track sit well with the rest (AudioMinds generally recommends this approach). Whichever approach you choose, it's wise to start with the big picture in mind. Listen to the song, with all tracks playing. Listen to it until you really know the song well. Get in the habit of asking yourself some basic questions; 'What are the main sections of the song?', 'What are the main instruments in each section?', 'What is the best setting for the song? Small, intimate room or big concert hall?', etc. With the big picture in mind, start setting levels for each track (understanding that lead tracks will need to be louder than bed tracks. See Limey's Pyramid.), and for each section (understanding that different tracks will take the lead in different sections). When you've got a basic level-set for the entire song, your rough mix is done, and you're ready to start tweaking individual tracks.
* Make notes - We can't emphasize this enough. When it's midnight, you've been mixing for 6 hours, and you're tired, it's easy to forget what your plans were for the song. Write them down. Did you decide that the setting should be a small, intimate room? You'll need to remember that when you're ready to add reverb. Write it down.
* Work on bed tracks first - Bed tracks (usually the underlying rhythm instruments) are the foundation of the song. Set the foundation before moving on to lead tracks. In other words, once the rough mix is done and you're ready to start tweaking, work on these first. For pop/rock songs, it's very important to get kick and bass sounding good together. So kick and bass are often a great place to start.
* Use monitors designed for mixing - Regular stereo speakers are designed to make everything sound good; even a bad mix. Studios pay big bucks for perfectly accurate monitors. But decent near-field monitors are available for not much money (Radio Shack mini's driven by a stereo amp work surprisingly well). Headphones, as a general rule, are not recommended due to their reduced frequency response and the way they distort a stereo image.
* Mix at low volumes - This makes subtle differences in instrument volumes more apparent. It also helps prevent ear fatigue. If you've commited to working hard to train your ears, fatigue should be an important issue to you. You can't make wise mixing decisions if you can't trust your ears to give you an accurate representation of the material. If you can't talk over your playback, turn it down. Read up on and understand the Fletcher-Munson curve. Be sure to adjust the EQ on your monitors to take this anomoly into accound.
* Give your ears a rest - The human ear quickly adapts to a listening environment. For the mixing engineer, this means that highs (especially) will appear to lose their brilliance rather quickly. Taking short breaks allows your ears to 'reset'.
* Do frequent level sets - Keep a professionally engineered CD handy so you have something to compare your mix to. When applying effects, compare the dry signal to the effected signal often. Occasionally switch your mix to mono and listen for phasing problems. Listen to your mix at low volume, high volume, from outside the room, in the car, on the home stereo, anywhere you can. Remember that you're mixing for many different users listening on many different types and qualities of equipment.
Posted by Benn at 8:30 PM 1 comment: 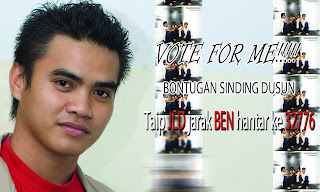 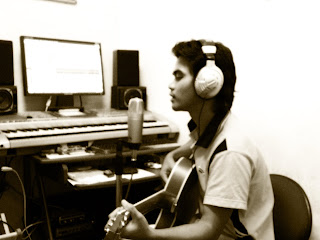 Over time, I've noted several questions that arise repeatedly on the web's home recording forums. Each question reads as though it should have a simple answer, but none of them do. And indeed, the questions themselves betray their askers' lack of experience with the subject.

In effect, posing one of these questions tells the world you're an amateur. But I hope that by explaining why the questions don't have the simple answers a rookie expects, you'll appreciate how an experienced engineer thinks about each problem, and be better equipped to identify gaps in your own knowledge.
Questions

This question has a straightforward answer: The best settings are the ones that sound right. But for most beginners, who haven't yet learned critical listening skills, this advice seems trite.

Unfortunately, any other answer is meaningless. Every track, in every song, has its own unique requirements. And the best settings, for EQ or compression or any effect, are dictated solely by the requirements of the song. (See the Rule of Mixing for more.)

2. Which is the best microphone?
We'd all love to own a U87 or a C12. But engineers covet those mics because they're reliable and versatile, not because either is inherently superior. In fact, there are as many ways to define "best" (and for that matter "worst") as there are sounds to record. As with the question above, what's best ultimately depends on what fits the song.

3. How do I record my song to sound like The Foo Fighters?
This question stems from the misconception that The Foo Fighters, or any band, sound the way they do because of their equipment. Acquire the same instruments and mics, the thinking goes, and you can duplicate their recordings.

Most professional recordings have deceptive clarity. They sound, at least to listeners unfamiliar with the process, as though they should be easy to reproduce. But the question above has only one honest answer. To sound like The Foo Fighters:

* Buy quality instruments, and learn how to play them well.
* Write songs suitable for the genre.
* Arrange those songs to support Foo Fighters-style production.
* Practice. Lots.
* Record in a great live room.
* Spend time on microphone selection and placement.
* Play every part till you get it right.

In other words, there are no shortcuts, and it's not easy. Great recordings take time and talent.

4. What vocal chain does Paul Simon use?
Also commonly worded as "I want to sound like John Mayer. Which microphones and settings should I use?"

Beginners ask this question assuming that we can recreate a track by knowing how it was recorded. Unfortunately, even if you bought Paul Simon's complete signal chain, you'd have little success matching his recordings. His voice, and John Mayer's voice, and of course the voice of any famous musician, is unique, as are his performances.

To sound like Paul Simon, in short, you need to have him sing your vocal

5. How do I remove the room's ambiance from a recording?
Conceptually, it makes sense that since we use reverb to add depth, there must be some way to reverse the process.

There isn't. If you don't notice until you're mixing that a guitar track has too much room sound, you have 2 options: Live with the sound, or re-record.

6. Is this mix finished?
Rookie engineers like to think there's a golden standard sound to which they aspire, and once they've attained that sound, their mixes will thereafter be perfect.

We should be so lucky! In truth, our learning never stops. We continue (hopefully) to improve, but none of us is ever done acquiring knowledge, as true of recording and mixing as it is of life. But this is OK. Learning, after all, is the fun part!

To the question: As a general guideline, a mix is finished when it best represents the song. Of course, "best" is open to interpretation here as it is everywhere in recording. You need to use your ears and your gut, and make the call when it feels right. In other words, only you know when the mix is finished.

Unless someone has paid you, in which case the mix is done when the deadline arrives.

Finally, a surefire question to signal your newbie status to the world:
7. How do I use this $1,200 plugin that I just happen to have installed on my machine?
Answer: You read the manual, which comes with the software when you buy it legally.
In Closing

You'll out yourself as a novice by asking these questions of an experienced engineer. But really, there's nothing wrong with that. In some senses, we're all amateurs.

Take the colleague of my friend Paul, who once asked him, “what does a compressor do?” The question seems innocent enough until you learn that this colleague has been a film industry sound engineer for over 20 years, and has worked on dozens of major motion pictures. Of course, Paul now has difficulty taking his colleague seriously as an audio professional. But the guy still works on movies as a sound engineer, so the anecdote should be comforting for the rest of us amateurs!
Posted by Benn at 3:48 PM No comments:

Pitch correction software has applications from restoration and mix-rescue to outright distortion of a voice or instrument. I'll discuss some of the more tasteful uses of these auto-tune tools (whether the original from Antares, or a variant like the free GSnap) below. But first I thought I'd highlight their misuse to illustrate the effects we usually try to avoid.

If you're unfamiliar with Auto-tune, and especially if you listen to much pop and rock, you might not hear it initially. When overdone, the effect yields an unnatural yodel or warble in a singer's voice. But the sound is so commonplace in modern mainstream music that your ears may have tuned out the auto-tune!

The songs in this clip, in order, and the phrases most affected by auto-tuning to help you spot them:

Dixie Chicks - The Long Way Around - Noticeable on "parents" and "but I."

JoJo - Too Little Too Late - Appropriately, "problem" stands out.

Rascal Flatts - Life is a Highway
Every vocal, foreground and background, is treated, but "drive" in particular.

come join us & start getting money 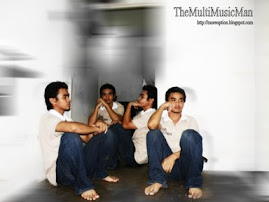 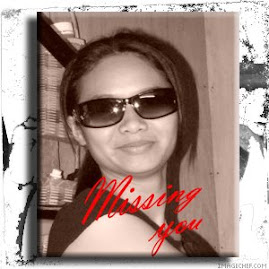